The Book that Reveals – by Desmond Ford 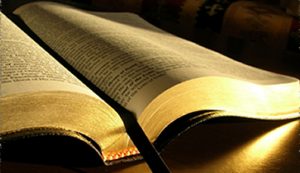 Have you ever wondered where the title of the Bible comes from? It’s from the Greek word is biblia.” That’s the plural of “biblion,” the Greek word for “book.” So the title, “The Bible” is “The Books.”

The Bible took 1,500 years to write. It was written on three continents: Europe, Asia, and Africa. It’s written in three languages: Hebrew, Greek, and Aramaic. It has at least 40 contributors. Some of them lived in palaces and some lived in caves. Some of them were shepherds and some were princes. Some of them were priests and some were fishermen. Think of that variety. Imagine that we gathered together such a variety in the realms of general religion, law, medicine, philosophy, and politics. Gather any 40 and ask them to put their written contributions into one volume. You couldn’t find leather strong enough to hold the 40!

There had to be one organizer, one architect, one mind behind it all. That one person sent out the word, and here’s the perfect result. Look at a Bible passage about the building of the temple in Jerusalem:

In building the temple, only blocks dressed at the quarry were used, and no hammer, chisel or any other iron tool was heard at the temple site while it was being built. (1 Kings 6:7 NIV)

The Bible that we possess was designed like that.  It was planned in the mind of God long before the first writer put quill to paper. Designed, with a marvellous unity, like that ancient Jerusalem temple.

But the wonderful thing about the Bible is that it reveals a God who wants to put his arms around us. That was the meaning of the outstretched hands on the cross. “Come unto me and I will enfold you” (see Matthew 11:28). God has a heart that loves sinners, and he has a head that plans our way through life. And he has given us a Book that’s about himself.

– Des Ford. Adapted from “The Miracle of the Book-I”

The book that reveals by Dr. Desmond Ford This book, the B.I.B.L.E. Reveals that love of God and , why' In genesis. 1:28. So God created man in his own image. Our heavenly father is our creator. And he we lead us through his word. (the bible, being the word of god to his children. The bible reveals Gods dealings with man kind and his love to those who love him and keep his commandments. We can be edified by this book and learn more of our heavenly father and even so his beloved Son Jesus Christ, who died for our own well being. I love the mystery of God and , and when he reveals himself to his children it is so touching. Exodus 33:18. Moses is asking God to show him His glory, verse 23. Then I will take away my hand and you shall see my back. Numbers 12:7-8 God is praising Moses saying . Not with my servant Moses He is faithful in all My house. Verse 8 l speak with him face to face even plainly and not in dark sayings. Here we can see that.God has worked with man to spread his wonderful work and love for his children, even so to the forming of the book that reveals this wonderful work and love of our heavenly father. Mystery of god, yet can be revealed as God reveals himself to Moses. Rev.2:17. He who has an ear ? let him hear what the spirit says to the churches. To him who over come I will give some of the hidden manna eat, and I will give him a stone, and on the stone a new name written which no one knows except him who receives it. This book will reveal to us, how to overcome, because the bible is the great teacher. Daniel 12. 4. But you ., Daniel, shut up the words, and seal the book until the time of the end; many shall run to and from and knowledge shall increases. Yes. This is the time for us to seek and find God's mystery in this book, the bible . Rev. 10:4 I was about to write, but I heard a voice from heaven saying to me, seal up these things which the seven thunders uttered, and do not write them. I know all these sealed words will be revealed to us even so in this book that reveals. Daniel 12:10. We need to seek Gods wisdom in this book that reveals. We shall. Be edified by this book. We shall develop a relationship with our Heavenly father as that of Moses. The Song a video by Ellene Ford how to develop a relationship with our heavenly father. The best yet. Job well done Ellene Ford for that video.! Rev. 22.18-21. No adding any words, or taking any words away from the book. And then the Grace of Christ will be with all men Amen ?