The Gospel is Not For Sale 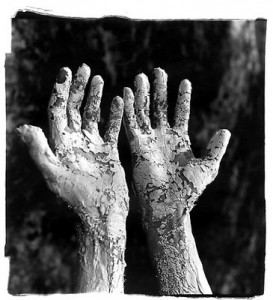 But when he saw Naaman ride away in his chariot, healed of his leprosy, righteous indignation rose up within him! It was acceptable that God should heal and bless his special people of Israel for free, but this was Naaman… the oppressor of Israel, general of the armies of Syria, a pagan dog!

It wasn’t right that Naaman should just ride away having been blessed by the grace of God, and without having to properly show the “fruits of repentance”, some evidence of sanctification, some good deeds – or even without having left some payment as a token of his gratitude.

What had Elisha been thinking, not to accept payment from him? After all, the Elisha and Gehazi Inc. Gospel Ministry had needs, didn’t it? Naaman lived in a palace while they lived in a hut. It just wasn’t right!

And so Gehazi ran after Naaman and asked him for a small donation in exchange for his healing. Of course, Naaman was happy to oblige; he was after all, grateful.

As a result, Naaman’s leprosy came upon Gehazi until the day he died. And all of Gehazi’s years of faithful gospel ministry couldn’t stop that happening.

Although he had gone to church every week, and to all outside observers he had served faithfully in the gospel ministry, he hadn’t learnt the number one gospel lesson that the gospel cannot be sold – not for money and not for good deeds. You can read the story in 2 Kings chapter 5.

But there are also those Gehazis out there who sell the gospel in an even more dangerous way; those are the ones who tell you that you can buy the grace of God by working hard at mending your life, and even by faithfully serving God. That’s what Gehazi had done for years. It didn’t work for him.

By all means mend your life and be a servant of God, but let that be the result of a grateful, Spirit-transformed heart that responds to the free gift of the grace of God; but let us never, ever think that this even places us in a better position than others to receive God’s grace.

Grace has everything to do with a cross that rose up on a hill outside Jerusalem. And God has decreed that because of the price that has been already been paid, there is no price that humanity can pay for the gift of grace. God has determined that grace will always be free.

That’s the lesson of Gehazi.