The Liberty of the Enslaved 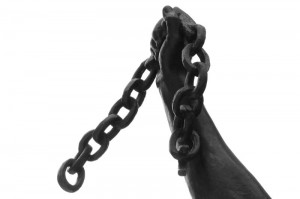 In the introduction to his Philippian letter, Paul calls himself a slave of Christ. A slave is person with reduced liberties, dignities and opportunities. The entire existence of a slave is marked by humiliation. Here a man displaying no self-consciousness or embarrassment, freely admits to being a slave. Indeed, it is far from an admission. Rather, an announcement tinged with pride. What can explain this? Why does Paul not chafe under a bondage to Christ which has brought him privations and imprisonment?

The answer lies in the nature of his master. Paul loved Jesus and was glad to be in his service. It is not as if this was the contentment of brute ignorance; of someone never having known any other way. Paul had served other masters. The first half of his life he had spent as a champion of his nation and its religion He followed the duties attaching to this role with unflagging zeal. His commitment was well recognized (see [tippy title=”Philippians 3:3-6″ class=”myclass” showheader=”true” href=”http://www.biblestudytools.com/tniv/philippians/passage.aspx?q=philippians+3:3-6″ width=”auto” height=”auto”]3 For it is we who are the circumcision, we who serve God by his Spirit, who boast in Christ Jesus, and who put no confidence in the flesh– 4 though I myself have reasons for such confidence. If others think they have reasons to put confidence in the flesh, I have more: 5 circumcised on the eighth day, of the people of Israel, of the tribe of Benjamin, a Hebrew of Hebrews; in regard to the law, a Pharisee; 6 as for zeal, persecuting the church; as for righteousness based on the law, faultless.[/tippy]). As a defender of the law he rode high in the approval of the people.

In becoming Christ’s slave Paul lost everything, but he was not destitute, because what he had before, was nothing compared to Christ. Before, he had lived under the ruthless requirements and capricious judgments of men. As Christ’s bondman, he lived under the liberating judgment of God.

In the end it is what (who) you trust most that decides whether you live anxiously and fearfully, or joyfully and freely. Before meeting Jesus, Paul staked his life on matching popular expectations for good citizenry and respected standards of religious obligation. To this day, these remain the benchmarks for acceptance in any society that knows not Christ. Once Jesus is master, the restless and dogged effort to meet the value requirements within a given community, are replaced with the joyous obedience of gratitude and love. “For to me, to live is Christ . . .” ([tippy title=”Philippians 2:21″ class=”myclass” showheader=”true” href=”http://www.biblestudytools.com/tniv/philippians/2-21.html” width=”auto” height=”auto”]21 For everyone looks out for their own interests, not those of Jesus Christ.[/tippy]).