Was Charles Darwin an Atheist? 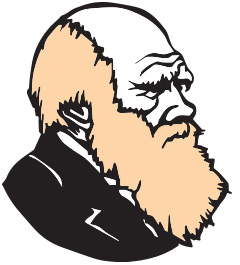 It’s a very old debate, but one that is not difficult to resolve. Darwin lived in a world that was both conservative and yet liberal. Most people abhorred the concept of atheism. Had Darwin been proved to be an atheist, a wall of prejudice would have sprung up between his theory and most of his readers.

In The Origin of Species Darwin refers to the Creator seven times. But it is quite certain that he had ceased to be a Christian years earlier. He saw the Bible as little or no better than other supposedly sacred books of the pagan religions. By 1840 he applied to himself the term invented by Thomas Huxley: agnostic.

However, it is clear that Darwin refused to apply to himself the term “atheist.”

He received a letter enquiring as to his relationship to God and whether theism and evolution were compatible. He replied that undoubtedly a man can be ‘an ardent theist and an evolutionist’ and he pointed to Charles Kingsley and Asa Gray who were believers.

He wrote Variations of Animals and Plants in 1868 and in his concluding words he declared ‘an omnipotent and omniscient Creator ordains everything and foresees everything.’ But his best-known comment is found in his autobiography:

. . .  the extreme difficulty or rather impossibility of conceiving this immense and wonderful universe, including man with his capacity of looking far backwards and far into futurity, as the result of blind chance or necessity. When thus reflecting I feel compelled to look to a First Cause having an intelligent mind in some degree analogous to that of man, and I deserve to be called a Theist. This conclusion was strong in my mind abut the time, as far as I can remember, when I wrote the Origin of Species; and it is since that time that it has very gradually with many fluctuations become weaker (p.92-93).

On p. 86 of the same volume he says “I gradually came to disbelieve in Christianity as a divine revelation … Thus disbelief crept over me at a very slow rate, but was at last complete. The rate was so slow that I felt no distress and have never since doubted even for a single second that my conclusion was correct “ 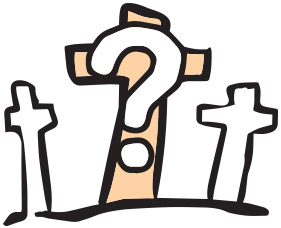 The highly esteemed biography of Darwin by Adrian Desmond and James Moore comments:

For himself, he had ‘never been an atheist in the sense of denying the existence of a God,’ but he still felt profoundly uncertain (Darwin, p.636).

The void in the life of the unbeliever leaves him prone to depression and general uncertainty. According to Desmond and Moore the recurring illness of Darwin was a result of his awareness that his doctrine would dislodge God from the mind of many of his readers. This view is disputed, but the authors quoted seem to have no doubts concerning its accuracy. Few people who have ever lived have endured the constant and varied physical upsets that Darwin knew for the last several decades of his life (from the time he began to think of his revolutionary theory).

Some decades after the death of Darwin, Alexander MacLaren wrote clearly and pointedly about the religious state of those who rejected Christ yet claimed to believe in a God:

The God whom men know outside of Jesus Christ is a poor nebulous thing; an idea, not a reality.  He, or rather It, is a film of cloud shaped into a vague form, through which you can see the stars.  It has little power to restrain.  It has less to inspire and impel.  It has still less to comfort; it has least of all to satisfy the heart.  You will have to get something more substantial than the far-off god of an unchristian Theism if you mean to sway the world and to satisfy men’s hearts . .….  Unless your god is the God revealed in Jesus Christ, he will be a powerless deity. If you have not faith in Christ, you will not long have faith in God that is vital and worth anything (Expositions of Holy Scripture, vol. 7, p. 261. Comment on John 14:1).

And elsewhere the same writer:

. . . when men turn their backs upon the Cross, they look upon a landscape all swathed in mists, and on which darkness is steadily settling. The reason why the men of this generation, some of them very superficially, and for the sake of being ‘in the swim’, and some of them despairingly and with bleeding hearts, are turning themselves to a reasoned pessimism, is because they will not see what shines out from the Cross, that God is love.

Nor need I do more than remind you, in a word, of the fact that, go where we will through this world, and consult all the conceptions that men have made to themselves of gods,… we find nowhere a god of whom the characteristic is love. (Ibid, vol. 11, pp. 330-331. Comments on 1 John 4:10).

I know wonderful people who have surrendered their faith as a result of tragedy in their lives. But Darwin had no such trials. He had a wonderful wife, loving children and countless friends. What conclusion, if any, can we draw concerning him?

We are compelled to acknowledge that Darwin was a good husband and father, a good neighbour and friend but nonetheless he was guilty of the greatest sin any person can ever commit—a sin worse than murder, adultery, false witness, or theft. He consistently broke the first and great commandment. Because he permitted his faith in God and Scripture to evaporate so easily he could never love his Maker with all his heart, mind, and strength. He never sought for, and never found, that gospel which removes all darkness and bestows all light. May the dear Lord save us from such folly with its inevitable eternal results.
DES FORD