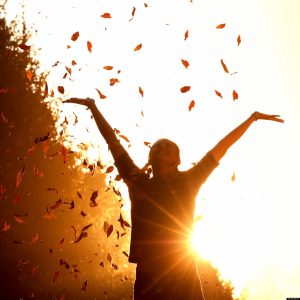 Jesus told most of his parables in order to explain what the Kingdom of Heaven is like. His favourite comparison was with a party! That might sound strange to us, with all of our traditional ideas about religion, however parties feature in Jesus’ stories almost more than anything else.

We often use the Parable of the Great Banquet (in Luke 14) to show how gracious God is with us. While that’s true, that’s not Jesus’ main aim in telling this story. Instead, the story is principally about how, as citizens of the Kingdom of Heaven, we should relate to others.

Jesus told this story while he was an invited guest at a banquet party thrown by a prominent Pharisee. Back then, banquets were an opportunity for people to show where they stood in what was a very rigid hierarchical society. The more important they were, the closer they got to sit to the host. And the host showed how important he was, but inviting important people to his banquet.

But at that banquet, Jesus stunned them all by saying,

When you give a luncheon or dinner, do not invite your friends, your brothers or sisters, your relatives, or your rich neighbors… But when you give a banquet, invite the poor, the crippled, the lame, the blind, and you will be blessed (Luke 14:12–14).

Jesus was actually telling the people at that party what he expected them to do, and you should have seen their jaws drop!

This wasn’t a parable. Jesus was actually telling the people at that party what he expected them to do, and you should have seen their jaws drop! But Jesus was only telling them to do as he did. After all, he was the one who ate with the people whom nobody would ever invite to their home for dinner (Matt. 9:11).

When we read this, we should feel as challenged and as shocked as the people at that banquet were. After all, isn’t it true that when we think about whom we should invite to dinner, we think about inviting our friends and family and people we like first?

Because of the shock on the people’s faces, Jesus went on to tell the Parable of the Great Banquet (Luke 14:15–24). In this story, a host invited the usual important people to his banquet, but they all made excuses and didn’t come. So then the host tells his servant to go into the streets and alleys of the town and to invite all the beggars, diseased, and disabled people who live on the streets. Think of the kinds of people that you would find in the back streets of your city today, living on the margins of society. They were the kinds of people Jesus was saying he wanted at his party.

After those people had been invited and had come in, the servant reported to the master that “there is still room” (v.22). So the master asked the servant to go out outside the town, into the country roads and lanes, and invite those people to his great banquet as well. The kinds of people who might be found wandering outside the towns in that society were typically outcasts from society like lepers or robbers. “Invite them all!” says Jesus.

Jesus celebrates the most when he sees his Kingdom full of penitent sinners eating and drinking at his table of grace.

In this story, Jesus progressively and totally demolishes the boundaries of who was considered acceptable in that society. And the reason is, “so that my house will be full.” Jesus celebrates the most when he sees his Kingdom full of penitent sinners eating and drinking at his party table of grace.

It’s true that the Parable of the Great Banquet is about how gracious God is to every one of us. However, even more, it is about how we, as his children, are to treat one another, and how we are to relate to those who we consider to be the most unlovable.

After all, if God welcomes the poor, the cripples, the lame, and the blind such as you and I, then shouldn’t we also welcome our fellow broken human beings?

Our relationships with others are not to be vertical, but horizontal. They are not to be based on perceived ideas of hierarchy of any kind, whether they are based on moral, spiritual, social, financial, or gender issues. Instead, our relationships with others are to be based on the grace of God that makes us all equally needy and equally loved in his sight. And that’s the very best reason to have a party!

After all, if God welcomes the poor, the cripples, the lame, and the blind such as you and I, then shouldn’t we also welcome our fellow broken human beings? In our hearts, and through our actions, we should always be saying to those who are the most difficult to love, “There is still room.” After all, the Kingdom of Heaven is a party with an open invitation. It’s only by the grace of God that we’re there at all! – Eliezer Gonzalez

I am really touched with the word. GOD bless you and add more years so that we have even more years to be touched and blessed with this kind of good news