What Kept Jesus On the Cross – by Desmond Ford 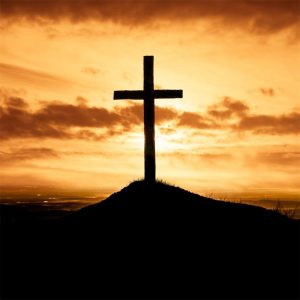 When we combine the testimony of all the Gospels, we discover that Christ was not only mocked by the passersby and the mob around the cross, but by the chief priests, the elders, the scribes, the Pharisees, the soldiers and the thieves.

“He saved others, himself he cannot save.” Such was a major sneer in the mocking of the bystanders. “Let Christ, the king of Israel come down from the cross, that we may see and believe.” Being the children of the devil, they imitate the words of him who had earlier tempted Christ by saying, “If thou be the Son of God, cast thyself down.” “If thou art the king of the Jews, save thyself” echoed the suffering thieves before one of them surrendered to Incarnate Love beside him.

Here, as always, the devil overreached himself. The words meant to shame Christ actually glorify him. He was not on the cross because he could not come down, but because he would not. The bonds of love, not the nails of men, kept him there. It was strictly true that if he was indeed to save others then he could not, must not, save himself.

“Thou that destroyest the temple, and in three days buildest it, save thyself.” This also was prophetic in a way undreamed of. He would in love permit the tabernacle of his body to be taken down, but within three days it would be rebuilt. Thus, we find in the mockery, statements both radically false and in another sense sublimely true.

“Thou that destroyest the temple, and in three days buildest it, save thyself.” This statement is radically false in that Jesus, the true temple, was never ultimately destroyed, and it is also sublimely true because through what happened at the Cross, laid the foundations of the temple which is his body of believers throughout the world who are saved through his blood. I realise this was a difficult statement, as it required some complex metaphorical thinking. I hope I have explained it for you. – Grace and peace, Eliezer

i did'T UNDERSTAND what you are meaning whats true and whats false at the fourth paragraph and third line?