What Was it that Upset Paul?

The religion of Jesus sets before its adherents the immense challenge of doing good to all men—even to the extent of loving one’s enemies. Yet this does not mean that Christians should forsake the courage to protest known wrong. Only rarely did Jesus display anger, and ire is rare even in the language of Paul. But one thing raised his (Paul’s) hackles: when false men in the church misrepresented Christ’s message and turned it into an anti-gospel.

Paul knew that Christ had personally appointed him a missionary to the non-Jewish world. In obedience to that task he travelled widely in Asia and the Western Empire, preaching about Jesus. This resulted in the birth of Christian communities; many of them consisting largely of Gentiles.

These churches, established by Paul were subsequently visited by itinerant Jewish Christians who succeeded in convincing many that Paul had failed to properly instruct them. Whereas Paul had taught that God accepts men and women on the ground of their faith, his detractors insisted that faith had to be supplemented by various obediences—such as the long-established practice of  circumcision for Jewish males. 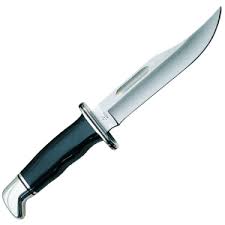 Here then is what raised the apostle’s blood pressure. In light of their insistence on circumcision a requirement for salvation, Paul, in his rebuttal, parodied the word circumcision, and called his opponents “the concision” (i.e the ‘mutilators’, Philippians 3:2), thus making them equal to pagans who slashed themselves with knives. Strong language indeed!

There are many things that matter relatively little. Some ideas are so innocuous they make no difference believed in or not. But the message of Jesus—the gospel—bears within it concepts which are non-negotiable. Either human beings are made safe for God and for eternity by the achievement of Jesus, accessed by faith, or that blessing must be certified by their own work. If the former is true, joy, freedom and hope are in rich supply. If the latter applies, they never will be sure, never will be free, never will know joy.