Why the World Needs God and the Cross 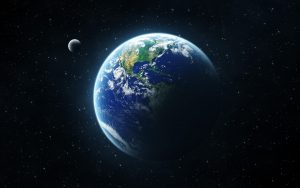 Have you ever wondered why the Gospel of Christ is so resilient? Think of the many scientific and political ideas that have come and vanished without a trace. For instance, where is the spontaneous generation theory – a principle regarding the spontaneous generation of complex life from inanimate matter? What about the once popular antithetical political theories of Communism and Capitalism? A few centuries ago, men, excited by the enormous potential of political (democracy for instance), scientific and technological theories, appeared to think that God would soon be squeezed out of this world. Surprisingly, the very opposite has been the case. Man is now but rather painfully realizing that moral arrogance and ignorance cannot be cured through humanitarian programs.

While he may not have believed in a personal God (which may have been his greatest mistake), Albert Einstein observed that “science can only ascertain what is, but not what should be”. Thus science could not even prove that the Hiroshima & Nagasaki Catastrophe or the Holocaust were wrong. This raises questions about the approach of some pro-life groups that say: “We don’t talk about God because we’re going to win this based on the laws of science.” But none of the laws of science even use the terms right and wrong. Abortion is wrong because it’s a baby, and it’s always wrong to intentionally kill a baby. That’s because children are made in God’s image and God said it’s wrong to kill them.

Just as science cannot determine right from wrong, neither can politics. Two hundred years later, American democracy has not moved the heart of man an inch towards moral excellence. Adolf Hitler may once have been democratically elected, but we all now see the tragic results of his reign. Democracy is not the answer, neither is science or technology.

Now think about an event that took place 2000 years ago outside a small town in Palestine. It is still breaking news to millions of men and women from all walks of life – the rich and the poor, the learned and the ignorant alike! At this point, it is important to note that unlike other religions, which have developed gradually around some charismatic personality, Christianity was ignited by a historical event. I can’t think of any other single event in human history that stands as fresh and vivid in the minds of people than the Calvary event.

Only in the Gospel of Christ do we get to discover our true identity and destiny. When we behold the self-giving act of the Son of God at the Cross, we discover rather a paradoxical fact within our existence: That we are loved beyond measure by God, and secondly, that we are so sinful that the only remedy is the life of the spotless Son of God.

The Gospel is what the world needs. Only the Gospel has the potential to transform the heart of man – the source of all human woes. On the other hand, the Gospel acknowledges that the heart of man is sick as with cancer, and will remain short of excellence as long as he is imprisoned in this body of death. The Gospel then proposes a solution consistent to this confession. One day God shall remove the sinful inclinations within us and take us to a place called Heaven. While this might sound like a fairly tale, it is no more fairy tale than the materialistic belief that moral excellence is possible here on earth. Again, such a miracle is no stranger than our existence. Our very existence is a mindboggling concept. – Pr Bonifresh Muhollo

For I am not ashamed of the gospel, for it is the power of God for salvation to everyone who believes, to the Jew first and also to the Jew. (Romans 1:16)

I have always believed the love of , greed for and addiction to money would be the downfall of the Human Race and this is now clearly becoming a reality, If Humans destroy the natural world for financial gain then there will be deadly serious consequences. Capitalism is an abomination because it places money and profits as more important than the well being of Humanity and the Planet and strongly encourages us to live materialistic lifestyles. We need a Global system based on Human need so that money would not be required but for Humans this is simply not possible so only the Almighty can destroy the Global abomination and restore the earth to it's original perfection with eternal life for the chosen.